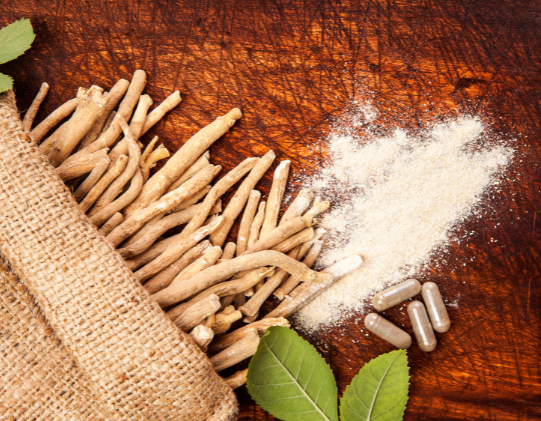 Approximately 33 percent of people report feeling extreme stress… are you one of them?

One of my top supplements for combatting stress is the adaptogen ashwagandha.

Ashwagandha (Withania somnifera) is an herb that has been used in the Indian Ayurvedic medicine system for thousands of years. Many people enjoy using ashwagandha for its ability to reduce stress, anxiety, and depression and improve sleep quality. In addition, Ashwagandha has been shown to improve brain function and reduce inflammation throughout the body.

Ashwagandha is one of the most powerful herbs on the planet. It’s a natural adaptogen—a term used to describe an herb that provides you with stress-reducing and energy-boosting benefits. But what exactly is ashwagandha, what can it do for your body, and how can you use it in your daily life?

First things first: ashwagandha is pretty much everywhere these days. You might even be eating it right now! It’s often added to energy bars and protein powders, but you can also find it as an ingredient in skin care products and supplements designed to help people relax and sleep better at night. At its core, ashwagandha is an adaptogen—meaning it helps your body adapt to stressors in your environment by reducing anxiety while increasing energy levels. That’s why we think it’s such a great addition to any diet: not only does it give you more energy throughout the day (which helps boost productivity), but it also helps reduce anxiety so that you feel less stressed out about work or school or any other daily stresses that come up along the way.

Ashwagandha has been shown to reduce stress levels, which can lead to anxiety and depression. Stress is also known to play a role in weight gain, heart disease, sleep issues, digestive issues and hormone imbalance. Stress can also lead to memory problems.

A study found that ashwagandha, a natural herb, helped reduce cortisol levels (the “stress” hormone), as well as symptoms of anxiety and depression among people suffering from chronic stress or depression.

Ashwagandha also helps improve sleep, which is often a problem for people with depression. In addition to reducing symptoms of depression, ashwagandha may also improve memory function in those who have been diagnosed as depressed or suffering from an anxiety disorder.

Ashwagandha is also known to help improve brain function. One study found that Ashwagandha helped improve focus and concentration, as well as memory in people with dementia. Another study found that it could help improve mental clarity, which is thought to play an important role in cognitive health by reducing stress levels (stress is often linked with poor cognition).

In addition to these benefits, ashwagandha may even be able to reduce your risk of developing Alzheimer’s disease or other forms of dementia later in life. An animal study conducted at the University of Illinois at Urbana-Champaign found that ashwagandha supplementation lowered levels of amyloid plaques—the sticky deposits deep inside your brain where Alzheimer’s begins—in both mice and rats who had been genetically engineered so they would develop symptoms similar enough for humans’ brains to be affected by them too!

Thyroid disorders can be difficult to manage, as the symptoms are often vague and they make it difficult to identify the cause. However, ashwagandha can help.

Ashwagandha is a powerful adaptogen herb that has been shown in numerous studies to help support healthy thyroid function. This means that it helps regulate your thyroid hormone levels, which helps reduce or eliminate symptoms of a hypothyroid condition (low thyroid). It does this by reducing inflammation in your body and helping you produce more energy naturally. It also supports cognitive function so that you can work harder and concentrate better when managing your illness or disorder.

If you’re suffering from symptoms of an underactive or overactive thyroid gland such as fatigue, weight gain/loss, depression/anxiety/irritability etc., I highly recommend taking ashwagandha supplements.

Studies show ashwagandha can help balance estrogen levels in women with PCOS or endometriosis. It can also reduce symptoms of menopause like hot flashes and night sweats because it regulates hormone levels in the body.

This herb is also a great way to increase strength and muscle mass. Ashwagandha has been shown to help increase endurance, metabolism, testosterone levels, growth hormone levels and insulin sensitivity.

In a small study, researchers gave 57 healthy men either ashwagandha or a placebo for eight weeks. The men who took the ashwagandha supplement showed a significant increase in muscle mass and strength after just two weeks into the study.

Ashwagandha has been shown to reduce inflammation in the body and brain, as well as in the joints, gut, skin and lungs. In addition to its ability to reduce brain inflammation through its antioxidant abilities, ashwagandha may also help fight chronic pain by reducing inflammatory responses in your body. By reducing this type of inflammation throughout your body, you’ll experience a decrease in stiffness along with reduced pain from arthritis or muscle injuries.

Researchers have also found that taking ashwagandha can help protect against heart disease by reducing blood pressure and triglyceride levels while boosting HDL cholesterol levels—all of which support healthy arteries!

Ashwagandha has many benefits for your body and mind. It’s a powerful adaptogen, antioxidant, anti-inflammatory, and anti-stress herb and the health benefits of ashwagandha are numerous, from helping reduce stress and anxiety to improving sleep quality. You can also use it to boost energy levels throughout your day.

As with any new supplement you are considering, it’s important to remember that this is just one of many natural remedies, so make sure to do your research before taking anything new or changing your routine. 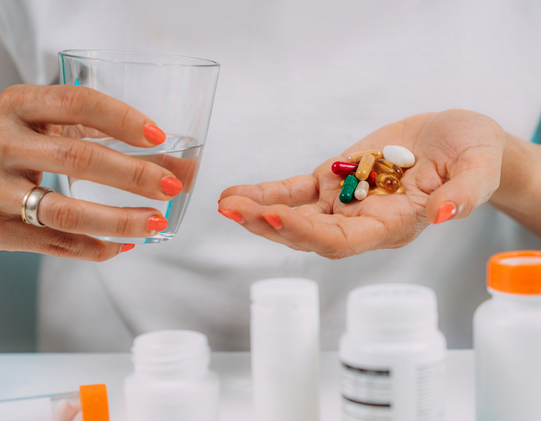 Unlocking the Secret to Mineral Absorption 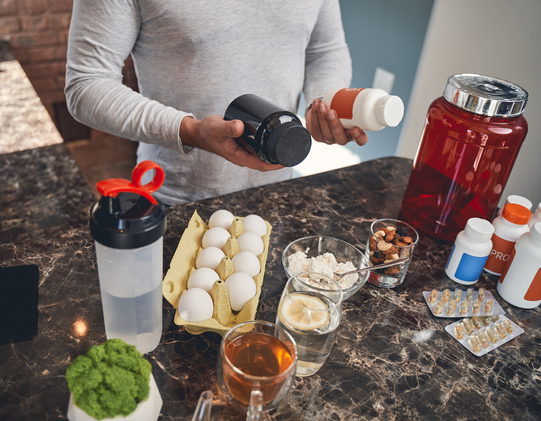 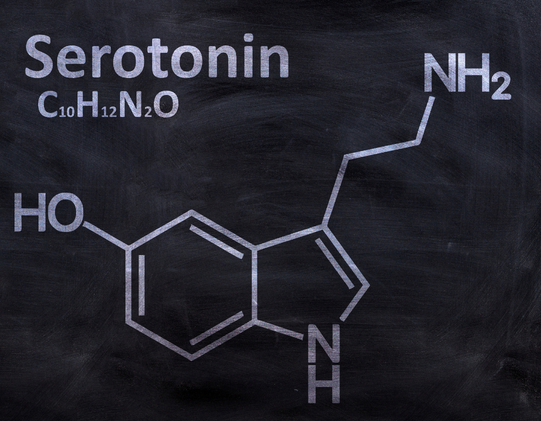