The Paleo Diet: A Primer

What is the Paleo Diet and How is it Beneficial

Intermittent Fasting – What You Need to Know 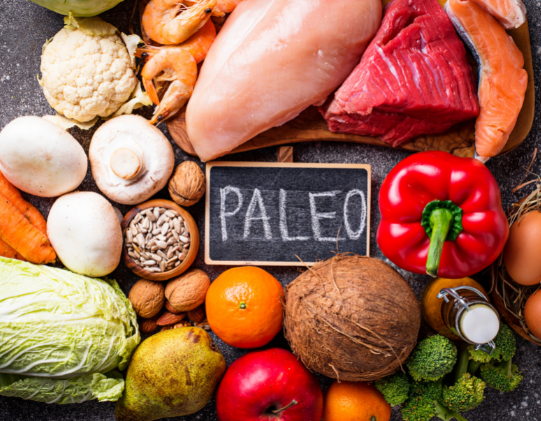 Where do you think is so many of our health issues can be traced back to?

Did you answer diet?

There is little doubt that so many of our health issues, can be traced back to our diets. The fast-paced, stress-filled, and more sedentary life we lead added to the poor diet means low energy, health issues and a cycle we can’t seem to break.

I’ve spoken a lot about the ketogenic diet in the past and how much it has helped me but another diet that I love and incorporate into my lifestyle is the paleo diet. This diet is the antithesis of the modern Western-style diet.

What is the Paleo Diet?

Arguably, the Paleo diet is one of the “oldest” ways of eating. Essentially, it traces back to the nutritional patterns of our ancestors from the Paleolithic era, which has virtually no resemblance to current eating habits and food choices.

In its simplest form, the Paleo diet encourages eating whole, minimally processed foods that you could hunt or forage in their most natural forms. Conversely, the standard Western-style diet is characterized by the overconsumption of heavily processed and refined foods. You know, the ones you can get quickly on the run. In other words, the Paleo diet may be summed up with slogans such as “Eat REAL food” or “Don’t eat processed garbage.”

The history of the Paleo diet

In 1985, Drs. Stanley Boyd Eaton and Melvin Konner, from the Department of Anthropology and Program in Neuroscience and Behavioral Biology at Emory University, published a seminal article titled Paleolithic Nutrition: A Consideration of Its Nature and Current Implications in the Journal of the American Medical Association.1

In the paper, they argued for the “Evolutionary Discordance” hypothesis, which states that “our genome evolved to adapt to conditions that no longer exist, that the change has occurred too rapidly for adequate genetic adaptation, and that the resulting mismatch helps to cause some common chronic diseases,” or “diseases of civilization,” including:2

As a fundamental basis for Evolutionary Discordance, they found that there is “surprisingly little overlap” between foods of Paleolithic era, which spans from approximately 2.6 million to ~10,000 years ago, and those of current, beginning with the introduction of agriculture and animal husbandry ~10,000 years ago. While 10,000 years may seem like a long time, it’s just a drop in the bucket in the grand scheme of things.

Speaking generally, ancestral diets were characterized by much lower levels of refined carbohydrates and sodium and much higher levels of fiber and protein. Currently, most people get the majority of their calories from grains, refined vegetable/seed oils, domesticated livestock, dairy products, and refined sugars. On the other hand, hunger-gatherers ate naturally occurring plant foods (fruits, vegetables, nuts, and seeds), wild game, and fish, and they consumed virtually none of the following:1,3

Compared with the typical American pattern of eating, diets of the Paleolithic era generally provided:

According to Drs. Boyd Eaton and Konner, the qualitative differences between the “average” ancestral (hunter-gatherer) diet and the contemporary Western-style diet can be summarized as following:2 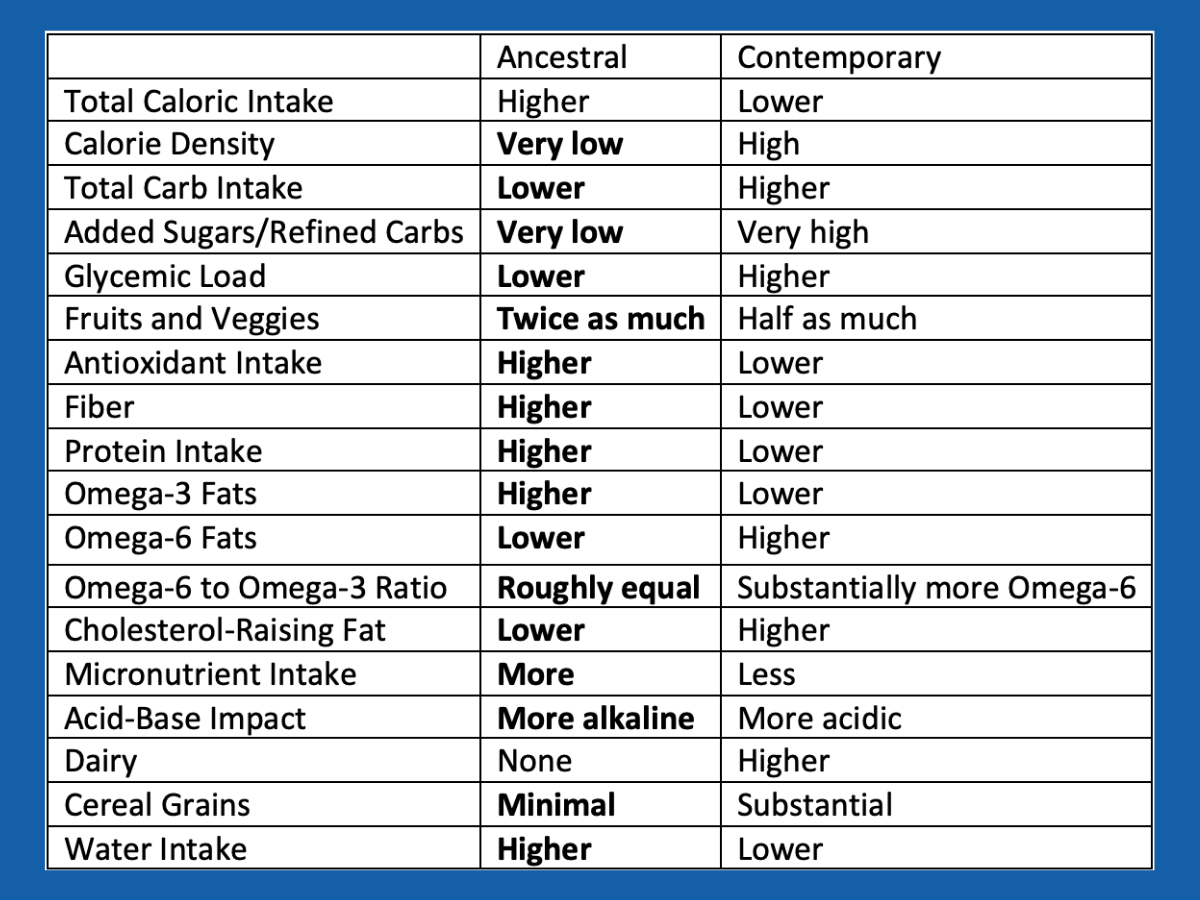 While Dr. Boyd Eaton has been one of the most influential educators on ancestral diets, arguably no one has been more pivotal in bringing it to the mainstream than the “founder of the Paleo diet movement” Dr. Loren Cordain, professor at Colorado State University. According to Dr. Cordain and other Paleo diet experts, the following fundamental characteristics of hunter-gatherer diets will contribute to optimal health and weight management while minimizing risk of chronic disease:

What foods can you eat on the Paleo diet?

While many would like you to believe there’s a “one-size-fits-all” approach to the Paleo diet, the truth is that there is arguably no single Paleolithic nutritional pattern. In fact, one of the greatest criticisms (and there are many) from anthropologists is that there is simply no blanket prescription of an evolutionarily appropriate diet.11

As Drs. Boyd Eaton, Konner, and Cordain have pointed out in several publications, food choices critically depended on the latitude and climate.1,3,4 In other words, depending on geographic location and season, the diets of our Paleolithic ancestors likely varied considerably in terms of composition and the proportion of plant-based foods compared to animal foods. Thus, a good rule of thumb is to eat locally-grown food when it’s in season.

Having said that, the following are typically considered “staples” of the Paleo diet:

While there may be some variability (by geographical location, environment, and season) in what our ancestors ate, there’s very little debate over what they DIDN’T eat. And along those lines, the following are “NO-NO’s” on a strict Paleo diet:

As far as macronutrient composition, there’s not a single agreed-upon recommendation. However, protein is typically around 25 – 35%, fat between 30 – 40%, and carbohydrates between 25 – 40%. Overall, the Paleo diet may be described as high-protein, moderate-fat, and low- to moderate-carbohydrate.

Paleo: Not just a diet

Any staunch proponent of the ancestral way of eating would tell you that it’s far more than a diet. Paleo is a way of life, and that includes copious amounts of physical activity. Not surprisingly, it is estimated that hunter-gatherers expended upwards of FOUR to FIVE times as many calories as the average sedentary American.3,13

There are several valid criticisms of the Paleo diet, including the argument that there is no single Paleolithic way of eating. (Ironically, there are at least a half-dozen variations of the Paleo diet.) To the credit of its founding fathers, however, the Paleo way of life encourages people to eat more REAL food, to move more, to spend more time outdoors, and to develop well-rounded social support. It’s hard to argue with that recipe when it comes to optimizing health, fitness, performance, and longevity. 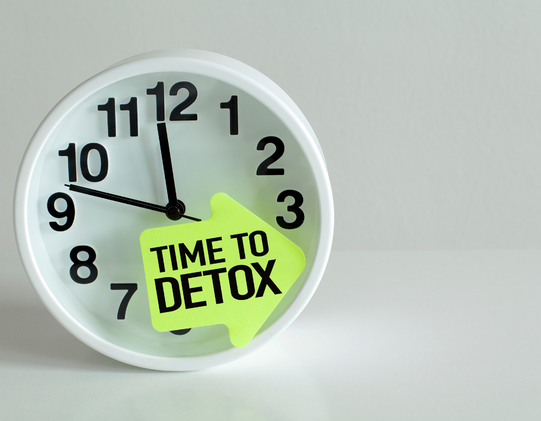 Tips to Detox Your Life 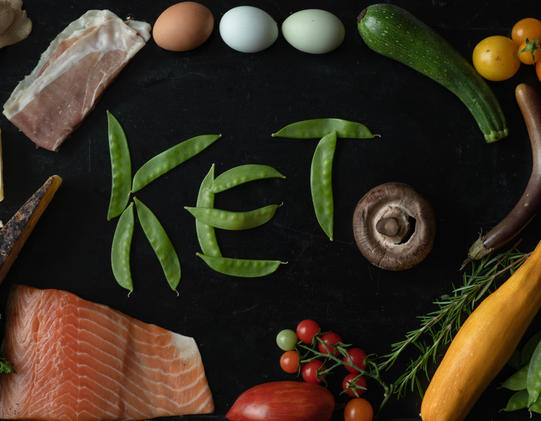 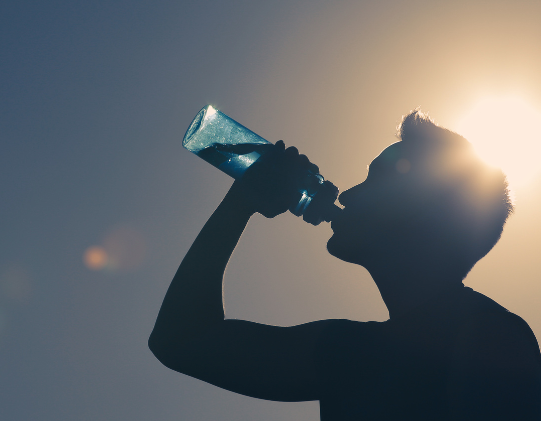 The Importance of Staying Hydrated