A Beginners Guide to Mindful Eating 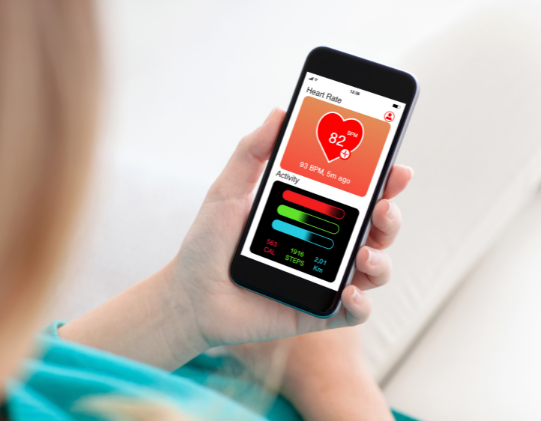 Have you been chasing a number on the scale? When you think about getting healthier, is weight loss the first thing that comes to mind? When you visit the doctor, is one of the first things s/he mentions is your weight?

There is a common misconception that health is defined by weight. As you’re about to find out, your health isn’t only defined by a number on the scale. In fact, weight may have a lot less to do with health than you think. So, instead of being a slave to the scale, here are five measurements that really matter when it comes to health (which I’ll be defining as mortality, or death, the hardest of measurable endpoints). Chances are that if you improve in these five areas, you’ll enjoy quality weight loss as an added bonus.

Dr. James Levine, a world authority on obesity research and professor of medicine at the Mayo Clinic, has been quoted as saying, “Sitting is more dangerous than smoking, kills more people than HIV, and is more treacherous than parachuting. We are sitting ourselves to death.” In a study published in the journal The Lancet, a highly respected group of researchers estimated that physical activity causes as many deaths each year as smoking.1

And there’s no question that there’s compelling and accumulating evidence that being sedentary (i.e., lack of physical activity) is associated with increased mortality.2,3 This is quite alarming considering adults are sedentary for a whopping 9 – 10 hours per day (not including sleeping).4

Despite the accuracy of the advisory “Sit less, move more”, it’s not all that helpful.5 The crazy thing is that regular exercise (at least up to the currently recommended levels) alone is probably not enough to offset the potentially deleterious effects of sitting. After all, research shows that “both the total volume of sedentary time and its accrual in prolonged, uninterrupted bouts are associated with all-cause mortality.”3

Ready for some encouraging news? Research shows that a sedentary person who increases his step count (from < 1,000) to meet the popular 10,000-step guideline cuts his risk of death nearly in half (46%)!6

Take-Home: Move more and sit less…just kidding! Using a fitness/step tracker (e.g., Fitbit®), aim for 7,000 – 10,000 steps per day. In addition to overall volume, break up periods of physical inactivity (e.g., sitting still) by setting an alarm to get up and move at least once every hour.

This may surprise some folks, but muscular strength is one of the strongest predictors of how long you live. In fact, a number of studies have shown convincingly that muscular strength is inversely associated with death from all causes, and even more interesting, strength protects against death independent of cardiorespiratory fitness, which we’ll touch on in a moment.7

In these studies, muscular strength has been assessed through handgrip tests, bench press (upper body strength), and seated leg press (lower body strength). But let’s not get too carried away with the tests themselves. Instead, let’s consider how someone increases and maintains strength throughout a lifetime: RESISTANCE TRAINING, which is arguably the single most important type of exercise you can do for healthy aging.

Simply put, regularly lifting weights enhances muscular strength and endurance, muscle mass, functional capacity, daily physical activity, the risk profile for cardiovascular disease, and quality of life, all factors that are well-known predictors of higher risk of mortality.8 Think of the improvement in functional capacity alone, for example, or reducing the risk of falling, which typically leads to a downhill spiral of health issues. Moral of the story: For awesome health, lift weights, lift them regularly, and when you do, push yourself—degree of effort really counts!

Take-Home: Generally speaking, it’s also a good idea to exercise each of your major body parts 2 – 3 times a week, and “compound movements,” like squats, presses, and rows, that use multiple muscle groups give you the best bang for the buck.

If muscular strength is important for health, then it probably isn’t a shocker that cardiorespiratory fitness (CRF) is too. In fact, CRF, which is typically defined by a measure of aerobic capacity called VO2max, is arguably one of the strongest indicators and prognosticators of health.

Indeed, handfuls of studies have shown that CRF is inversely associated with a lower risk of death from all causes.9 Get this, better fitness (even moderate levels of CRF) can lower the risk of mortality by 60 – 70%!10 Even though mortality is imminent, this is clear evidence that physical fitness can have an enormous impact on health, living long, and living well.

If you’re wondering how much, there’s even better news: Studies show significant risk reductions for premature death even when the volume of exercise is well below the typically recommended targets—starting at HALF the normal prescription. In other words, something is better than nothing.

Take-Home: Higher levels of fitness equal better health; simple as that (yes, up to a point…there is such thing as “too much of a good thing”.) The traditional recommendation is at least 150 minutes/week of moderate-intensity “cardio”, but you may be able to get more bang for your fitness buck by exercising at a higher intensity (e.g., HIIT) for a shorter period of time (≤ 75minutes/week).

This phenomenon, which highlights better health outcomes (including lower mortality rates) in overweight and obese folks (compared to normal-weight people), is often referred to as the “obesity paradox”.12 You may have even heard of the expression “fat and fit”, which refers to folks who are classified (by BMI standards) as overweight or obese but “metabolically healthy” (MHO). On the flip side, it’s completely possible to be “normal” weight yet have a high body fat percentage (and in particular, excess abdominal fat), which is known as “normal-weight obesity” (also, “skinny fat”) and is associated with higher risk of mortality.13,14

While there is controversy over the validity of MHO, this highlights that weight alone is not such a great indicator of health. Rather, how much body fat and (more importantly) how we store fat (i.e., distribution) seem to be more telling factors. Along these lines, there’s no question that excess visceral fat (i.e., belly fat), also referred to as central or abdominal obesity, is strongly associated with mortality.

Take-Home: Instead of being so weight-conscious and scale-centric, waist circumference, waist-to-hip ratio, and even waist-to-height ratios seem to be much better indicators of abdominal obesity, and therefore, health.

Here are some guidelines for each:

NOTE: Counting calories can also be a useful tool, but not necessarily for the reason that you think. Most people count calories for weight loss, but long-term caloric restriction is one of the most effective, research-backed tools for extending lifespan.15,16 I don’t know about you, but restricting calories by up to 40% EVERY day doesn’t sound like much fun. Thank goodness for strategies like the fasting-mimicking diet and periodic fasting (i.e., time-restricted feeding), which may offer similar longevity benefits!

In case you haven’t noticed, there’s been no mention of some of the more popular health metrics, such as total and LDL cholesterol. That’s not to say that those variables aren’t important; however, our understanding of them is evolving, and it may not be as simple as we’ve been led to believe over the years (i.e., cholesterol hypothesis).17,18

However, one measurement (which unfortunately is often omitted from routine labs) that may be particularly worth keeping tabs on is glycated (or glycosylated) hemoglobin, which also goes by the acronym HbA1c. Basically, HbA1c is a robust biomarker of the preceding 2 – 3 months’ average blood glucose level. In other words, it’s a relatively long-term measure of one’s blood glucose control (i.e., glycemic control).19

Keep in mind that “the glycemic response is a personal attribute”, and as we’ve previously discussed, there are relying solely on the glycemic index may be misleading.22 Along those lines, recent research (The Personalized Nutrition Project) suggests that “personalized diets”, based on individual glycemic responses, may be the next frontier of nutrition.23

Take-Home: Glycemic control (i.e., blood glucose management) seems to be one of the most important health biomarkers to monitor. Exercise (and in particular, high-intensity exercises such as HIIT and weight training) and carbohydrate-controlled diets (e.g., low- to moderate-carbohydrate, ketogenic diet) are the lifestyle factors that most effectively improve glycemic control.

NOTE: If you like to “geek out” on lab work, another biomarker of aging that may be worth tracking is C-reactive protein (CRP), which is a marker of inflammation. While research shows that CRP “robustly associates” with an increased risk of death from all causes, keep in mind that it does not to be causal.24 In other words, modifiable lifestyle factors, which influence CRP levels, including those we’ve already mentioned (e.g., blood sugar management, physical activity levels, abdominal obesity), appear to be more important targets than CRP itself.25

If you’ve been chasing a number on the scale or are convinced that weight loss is the ultimate health goal, maybe it’s time to think again. Instead, shift your focus to the areas and metrics shared above. Better yet, concentrate on the behaviors that lead to improvements in these areas, and you’ll live longer, better, and leaner. 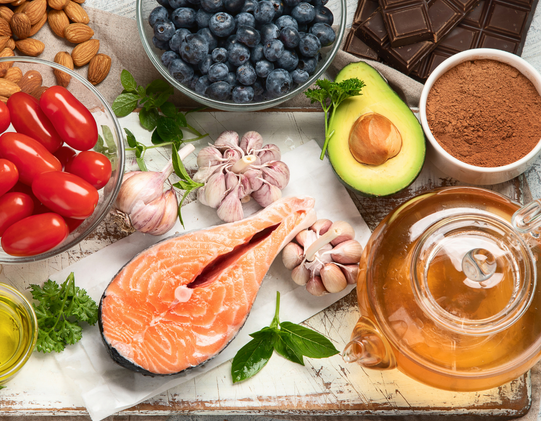 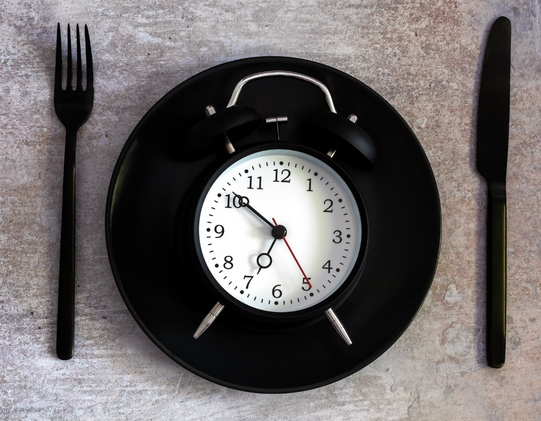 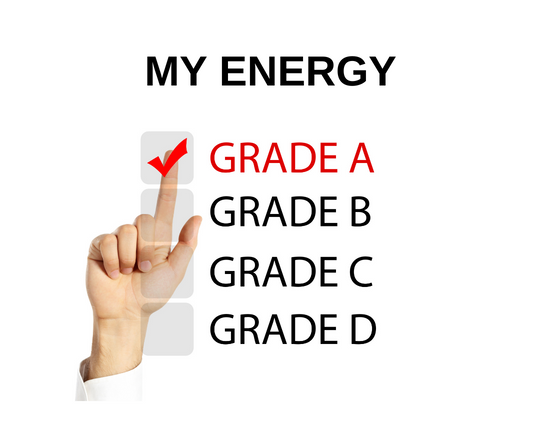 6 Ingredients to Increase Your Energy